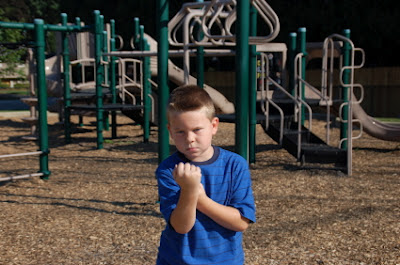 A message needs to be sent—one that's loud and clear—that if you want to participate in our series, fanfreakintastic! But we make the rules... we decide who's in charge and, as such, if you attempt to circumvent our authority, we WILL knock your d*** in the dirt, faster than you can say, "Supertex is a girly man."

That, of course, assumes these allegations are correct. And I'm one who subscribes to the belief that where there's smoke there's fire.

Right. So maybe the punishment isn't instant banishment, as Norris McDonald suggests, but something that is very...um...EXCRUCIATINGLY PAINFUL? Absurd fines, points dockage, grid penalties... the choice is yours. Doesn't matter to me, just that it hurts like hell.

Will they pick up their toys and take them to NASCAR or ALMS? Doubt it, but maybe. I don't really care. I'd rather have a smaller number of car owners playing along than constantly planning an insurrection. It's time to put an end to this sort of mentality. It's been around way too long and, frankly, no other organization would tolerate it. Period.

BTW: NOT trying to change anyone's opinion, but if you support Randy Bernard, walk the walk, and hit up the link.

I think we're done here. Let's not live in fear of our own car owners, anymore, K?